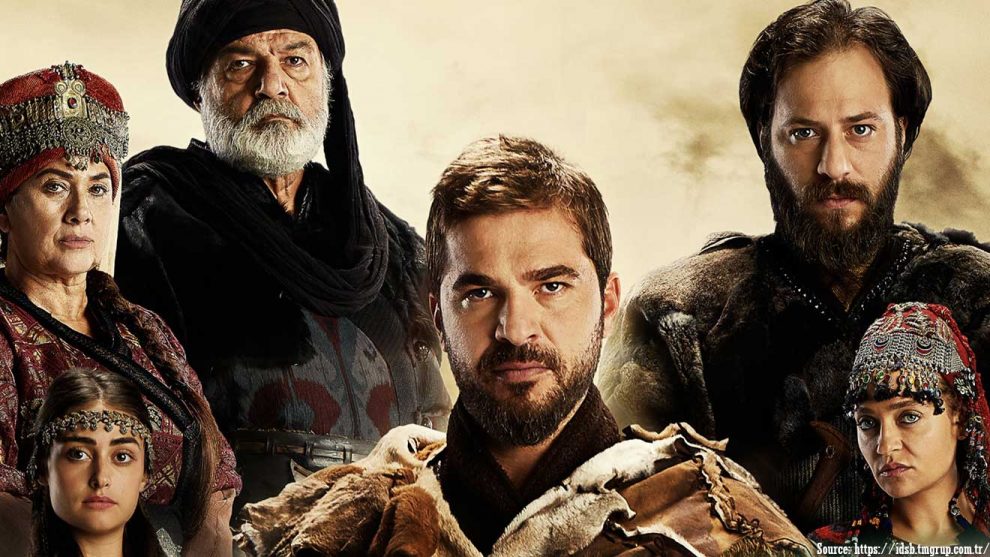 Who knew that one TV show could teach us in so many ways! As the Muslim world is engulfed into the hysteria of Ertugrul and related Ottoman dramas, it’s important that we uncover what is a historical fact, and what is plainly for entertainment purposes if we want to benefit from the history of the Ottoman period truly.

Let’s honor the truth in history and appreciate our heroes for what they ACTUALLY did.

Ertugrul is the father of Osman. With the small part of the Kayi tribe, Ertugurl, with only 400 tents, went on the challenging path toward the West and made the foundation for one of the greatest empires. After Sadettin Kopek poisoned sultan Aleaddin, he rebelled against Kopek’s government and declared his State, the City of Sogut, its capital.

His love and respect for his wife were popularly recognized. With Halime Sultan, he had four sons. He died at 90 years old. The past ten years of his life were filled peacefully in his tribe when due to the old age, he assigned all his responsibilities to his youngest son Osman. Historical evidence of his life are the coins stamped by Osman, which identifies Ertuğrul as the name of his father, but ahead of this, not much is perceived about him aside from folktales.

There is data and historical truths about him that are kept in Turkish archives, within Ibn Arabi’s chronologies, in Western archives about Templars, in Byzantine’s timelines and legends – but this data only amounts to around seven pages of sources according to the actor EnginAltanDuzyatan. He gave life to this noble character. Despite this, Engin counts it a glorious privilege to play Ertugrul as he was the first person in Turkish records to move away from the nomadic lifestyle and look to build a state that went onto the last 600 years.

We do remember he was buried in Sogut in 1280. Around his tomb are tombs of Hayme Mother, Halime Sultan, his sons, Gunduz, SaruBatu, SavciBey, and Osman, his brother Dundar, Turgut Alp, Samsa Alp, Abdurahman, and several others of his Alps, who arrived Sogut with Ertugrul Bey. People who were not buried along with them died on the way.

Osman is recognized as the father of the Ottoman Empire, as from his Beylik (country), the development of the Ottoman territory started. In the history texts, you will usually see Ottoman rule attributed to the Osmanli dynasty. Osman arrived very late in the life of his parents. He was born very late in Ertugrul and Halime’s life. While Osman was born, (1258), Ertugrul was about 67 years old, and as Halime was older too, when usually women cannot have children anymore, he was regarded as a miracle granted by God. Historians estimate a black hole in Ottoman history throughout Osman’s life as what is recorded about him was unveiled after 100 years of this death.

They did not hold Ertugrul’s pathway and, as we know, and over time disappeared in history. They lived a peaceful and unremarkable life; not much is known or penned about them. There are only verbal reports, which were narrated by people through ages. According to that, they experienced huge losses through a great Mongol attack, and what was left of them, they lived subserviently beneath the Mongol rule.

He was a courageous and notable warrior, a goodhearted and loving man, dedicated to his brother, his tribe, and his family. But archives document him as a weak character, and he made a lot of blunders throughout his long life. He died aged 92 or 93, by Osman’s hand. He opposed one of Osman’s decision, and that was the last straw for Osman.

He was one of the most well-known and most celebrated warriors in Turkish history, a blood-brother to Ertugrul, and his best follower and supporter, a brilliant and thoughtful man. He lived an extraordinarily long life, even for our time. He outlasted ErugrulBey by 35 years, and he was killed in a fight, with his legendary battle-ax in his hand-aged 125 years old! Following Ertugrul’s death, Turgut become the primary support for Osman. When Osman built his Sultanate, he compensated Turgut with the highest rank as a Governor of the new State.

The TV Series Resurrection Ertugrul smashed records in Turkey and the Middle East. Available on Netflix, the show teaches us about the history of the Ottoman Empire and the real meaning of being Muslim.

The warrior’s sorrow, combined with the sound from the cords of an Arabian guitar. A sword, in which the ancient writings lie on corroded iron, appears from the darkness and intersects hastily over an ancient and flying flag.

That is, in brief, a short trailer classification of one of the most-watched TV series in Turkey and the Middle East. “Resurrection Ertugrul,” or “Dirilis Ertugrul” in Turkish as it arrives in Netflix, where the tale of the father of Osman the First is described, who was the founder of the Ottoman Empire.

As per the series, the life of this heroic character was characterized by vast challenges in the 13 Century that included long nomadic departures of the Kayi Tribe, from regions located in what is recognized now as Iraq, Iran, and Syria. Not to mention the raging wars that classical Turks had to bear with Mongols, Byzantine Empire, and the Crusaders.

The TV series is vibrant in the restoration of historical data, to the apex of storing the names of characters that actually survived. Also, it manages with great care the description of everyday life, traditions, economy, trade, gastronomy, as well as carnivals and handicrafts popular for its Persian rugs.

The series creates the story of a hero by weaving him with a profound analysis of the Koran’s entrances, enabling the spectators to have a realistic approach to what Islam is in its essence.

The series meets a definite purpose of teaching the audience about the true meaning of being a Muslim. Even though spiritual and philosophical content, are just one of the many components that we find in the series. With a hefty dose of political conspiracy and treachery of all levels, the series demonstrates how the balance of the powers was classified in the biblical world.

People who like action should be ready because this TV series has been created to make all of us feel the pure adrenaline in each phase. The bad guys turn good, the good ones turn bad, and friends become foes and foes allied. With surprising twists, sometimes bizarre, and sometimes unexpected, the series presents us the beginnings of an empire that lasted six eras.

The series describes historical episodes with valuable details were the law of the eye for an eye is concerned, making us reminisce of the old saying, which says that the “enemies of my enemies are my friends.”

The compelling portrait of this series takes us on an aerial tour of the geography of Turkey. It explicates us wild Arabian horses running with warriors of antiquity for whom the development of Islam was their duty. Dirilis Ertugrul transports us, in each chapter, to the genesis of an Ottoman Empire, which completed ten decades ago when the First World War sparked.

Here, no matter what appears in our real world, art and history come collectively to break the barriers of politics, religion, time, and space, especially now when Turkey and the United States are facing difficult moments in the diplomatic sphere. Tensions that have been risen due to the role of the US in the Syrian War and the new immigration laws in the United States have been affecting a large Muslim community.

If you are fond of knowing more about Dirilis Ertugrul and its related characters, then stay in touch with us. Subscribe to our newsletter to be the first one to be notified about the latest articles and news.

Osman I: The Leader and Founder of the Ottoman Dynasty
Diriliş: Ertuğrul (The Heroic Story of Ertugrul Ghazi, The Father of Osman Who Founded the Ottoman Empire)
Comment